I must confess I’m a big fan of 80’s and 90’s tech. I grew up admiring cyberpunk stuff, wore green lab goggles until I was fourteen and used computers since I was three. I enjoy learning the newest tool for the tech field and be up to date, but I have a natural attraction for the classics. I admire them for being the beginning of everything we have now, and that way I just wanted to learn about IRC channels for fun. 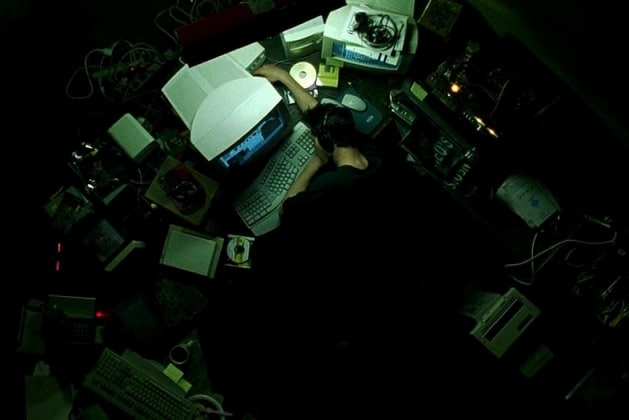 But then I discovered a rather interesting tool for managing IRC in Linux terminal that allows you to load perl scripts on the go. At first I thought I could emulate some classic communications with friends but apart from that I might could take advantage of the scripting magic.

First of all, here’s what I’m using:

So first of all is downloading the tool:

Once irssi is installed execute it, only write irssi in the terminal. In the [(status)] command line you can choose a nickname different from the one in the terminal using the command /SET nick yournickname if you don’t use this, it will automatically catch your username from the terminal. You can also set a proxy like this:

Once you are set up, it’s time to connect. First of all connect to the Freenode:

Once you are in (you should wait a bit) join your channel using /join thenameofyourchannel.

These are the basics for a fast set up. For more information about the networks just use /help network in [(status)] command line. The same goes with the channels /help channels. For listing any of those use /list networks or /list channels. Also there are some useful commands:

And much more. Apart from this, you can set an automatic perl command that launches when starting irssi. For example if you want a personal greeting, you should write this:

But! more interesting. The irssi saves a log file in ~/irclogs/$tag/$0.log by default but you can change it using /SET autolog_path ~/new_path/irclogs/$tag/$0.log. And then I thought, hey what use could I get from these? Well, depending on your needs. For example you can create a script that checks the log and looks for certain words to work. For example, imagine you have a raspberry pi and install the irssi. You gets the script work in the background and open the irc channel. You leave the rpi and go away, next you connect to the irc anywhere and write the magic word.

Like this, you can go and play with all the options this has. Of course,let’s not forget about ALL the online role playing options here…

Anyway irssi is easy to use, flexible and fun. I recommend you to try it!