Recently something amazing was added in my university’s library: you can ask not only for for books but also for electronic programming bundles such as Raspberry or Arduino kits. I decided to take a Raspberry Pi kit in order to make an experiment: a network capture probe.

A network capture probe is a tool for network system monitoring that allows you to capture traffic in real-time. I learned about this technique not long ago when I met a guy who was wearing one of those in his bag everywhere using his Raspberry Pi, neat, eh?. Now I want to try the same…

I downloaded the latest version of Raspbian , burnt a 8GB MicroSD, installed Etcher, installed the Raspbian ISO in the card using Etcher, and connecting the RPI to a screen using HDMI. I also attached a keyboard and a mouse. I had a RPI screen too, so I also did some magic to adjust to it later, as well as the WiFi pin, but important things first. I must say I tried to download bro tool first, but I didn’t have enough space to compile it in my 8GB card… ups.

Once I installed Raspbian I opened the terminal and installed tcpdump using apt-get install tcpdump, take care of the sudo, too. Why? I wrote an easy script to capture stuff using tcpdump. Here it is: 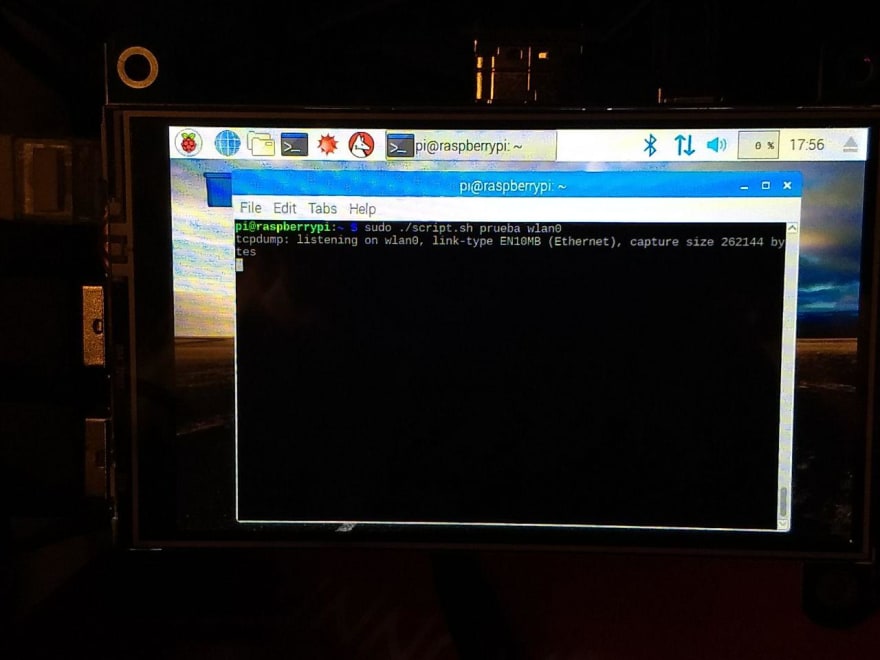 An output inside the directory we created would be 0_.pcap 1_.pcap 2_.pcap and so it goes. Each pcap will contain the ASCII (-A) information of five (number=5) packets. To read them, there’s the -r tcpdump command. Another idea to make it prettier would be using -D command, which show the list of available interfaces, save it in a file and use the file in a for loop to save information. But I haven’t tried it yet. Anyway is a fun toy to play with an a nice tool to practise Network System Monitoring in random networks. Be careful tho ;)